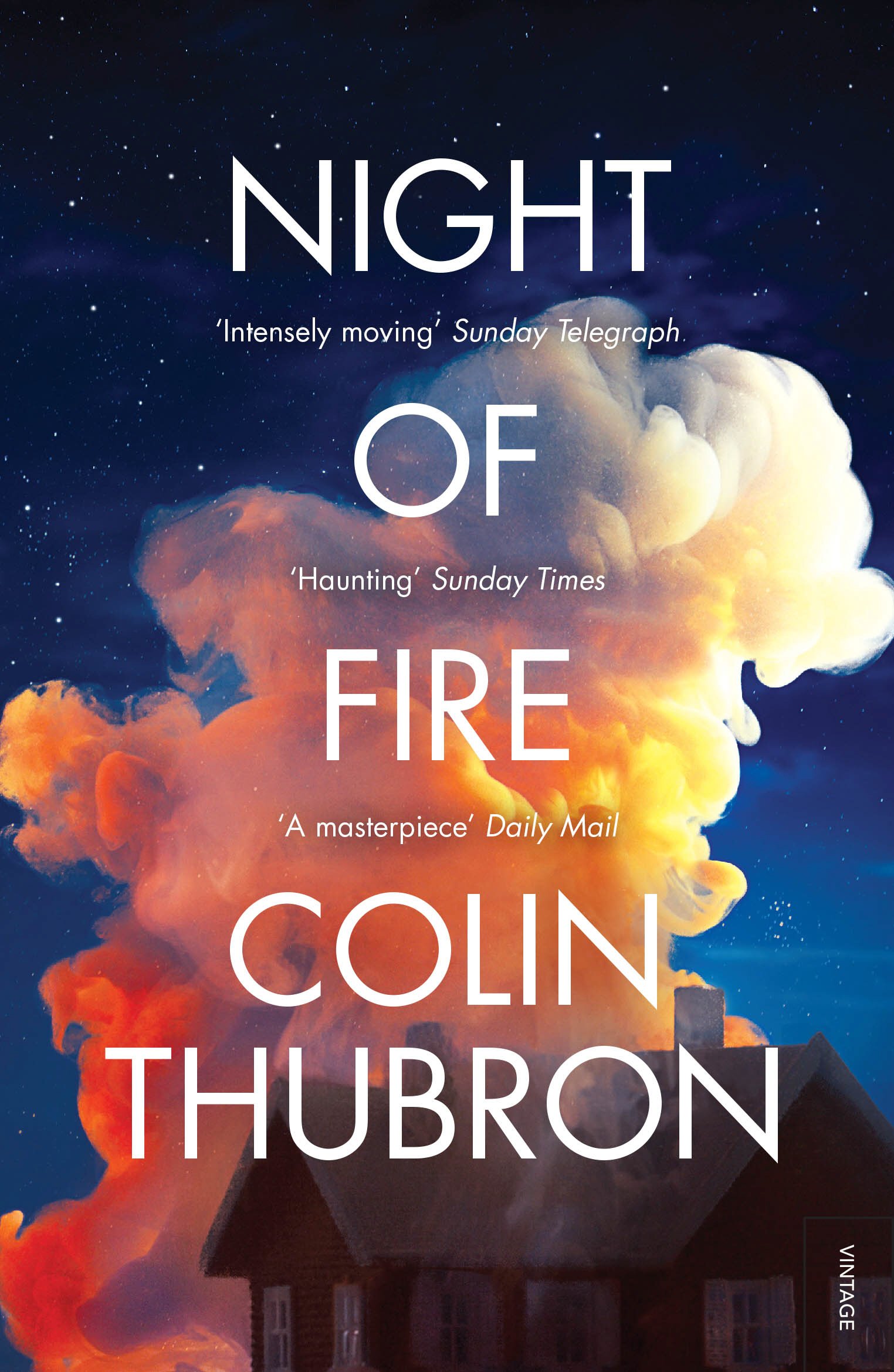 A Victorian house, ramshackle and fading, long-since converted into flats, begins to burn. Smoke drifts upwards through warped floorboards, flames spit and splutter across rooms, and the bullet-crack of shattering windows charts the course of the inferno upwards from the basement. On the roof, and unaware, the house’s landlord potters about with his telescope, awaiting a coming meteor shower. His six tenants – a priest, a neurosurgeon, a naturalist, a photographer, a pensioner, and a traveller – sleep below, unaware of the coming disaster. And so, one by one, we hear the doomed occupants’ stories.

Colin Thubron is inarguably the world’s greatest living travel writer. His journeys across pre-Deng China1 and the pre-Gorbachev USSR2 saw him penetrate closed societies in search of the “other”, travelling great distances in an almost masochistic search for some fundamental essence, something about a people that explained them, that gave meaning to their relationships with each other. His narratives are magnificent, his journeys meticulously researched, his ability to pierce the veil of cultures unparalleled. His linguistic feats are almost as impressive as his travels, fluent as he is in Mandarin, Russian, and Arabic. And yet, amongst a half-century of travel writing, he’s also developed a sideline in novels, of which this is his eighth.

Night of Fire has shades of The Decameron, Boccaccio’s sprawling 14th-century epic of refugees fleeing plague-ridden Florence for the purity of the country. Like Boccaccio, Thubron tells us the individual stories of the inhabitants of a house, united much more by the vagaries of fate than by their own choices. Like those in Boccaccio’s villa, Thubron’s tenants feel death encroach upon them; like them, they feel able to tell us their stories, liberated as they are by their situation.

But all is not as it seems. Each story ostensibly stands alone; the inhabitants of the house barely know each other, and we hear their stories in total isolation. The fire strikes at night, when they’re alone in their own rooms. We discover their pasts, their loves, their shame, their regrets; we dive deeply into their lives, their professions, their ambitions.

But, as their stories unfold, echoes begin to sound, distant reverberations that build into something more fundamental. What is memory, after all? What survives of us when we die? Are we extinguished, or does something of us live on, some “memory trace” that can still be felt by those who remain? These echoes mount until they strain the fabric of reality itself, spilling over from one story to another until it’s unclear what’s real and what’s imagined, just as the characters themselves struggle to define themselves and their lives.

One can’t help but feel Thubron himself shrouded in the mist that whorls around our characters. The same melancholy that so often pervades his travel writing is present in them all; the same frustrated, fruitless seeking, the same struggled attempts to truly know others. The result gives no solace, no easy comfort; but it’s powerful stuff indeed, driving to the core of what truly makes us human. We are, at the end of it all, regretful creatures, defined and consumed more than anything else by deeds we leave undone, by words we leave unsaid, by relationships we leave unhealed.